Look for ‘Electric’ Returns in the Billion-dollar Bike-share Business

City dwellers are ditching four wheels for two. Bicycle lanes and sharing depots are popping up in cities and metro areas all across the world. Many more are coming.

The bike-share business is booming. And the numbers are startling. Research collected at BikeSharingMap.com shows there were 900 sharing programs operating in 1,175 cities and 63 countries at the end of last year.

Cycling is better for the environment, eases urban congestion and it’s easy on consumers’ pocketbooks.

The investment opportunity is big, too … 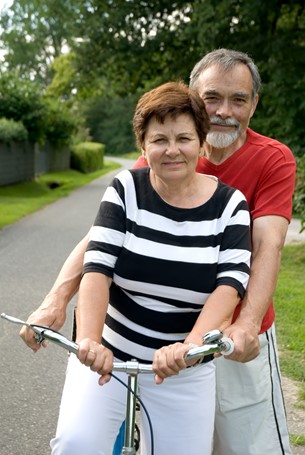 Bicycle sharing has been around since the middle 1960s when Amsterdam activists introduced the “White Bicycle Plan.” They painted a bunch of two-wheelers white and encouraged people to share freely.

It didn’t go well. Rampant vandalism and theft plagued the white-bike program, and it slowly faded away.

But now, some 50 years later, bikes are making a comeback in a big way.

Like most things, the current boom was born from the democratization of emergent technologies …

In China, bike-sharing will be a $1.5 billion business by the end of this year. One hundred million riders take 50 million trips every day.

And they see fertile ground in the West …

In the United States, sharing has piqued the interests of key venture capitalists. Grishin Robotics led a funding round for Spin, a San Francisco startup that wants to build one of the biggest “stationless” bikeshare fleets in the world.

Customers unlock Spin’s orange-colored smart-bikes with their smartphones. Then they can use them and park anywhere legal when they’re done. And it’s just $1 a ride.

LimeBike recently raised money from Andreesen Horowitz, the Menlo Park VC famous for early investments in Facebook, Skype and Airbnb. This has become very popular in my hometown, Seattle, where bright green bikes on sidewalks have become a common sight.

Sharing has even moved from the trendy technology company campuses like Alphabet … to a surprising destination, General Motors. The car-maker shocked the corporate world with an expansive bike-share program that will start with 19,000 employees at its Warren Technical Center in Michigan.

Ford went one step further. In addition to a collaboration with Motivate, it entered into an agreement with Pedego Electric Bikes to build and market branded electric two-wheelers.

High margins fit well with Ford’s larger plans. It wants to move beyond internal combustion cars. The idea is that electric bikes will help people make the transition to electric cars. The company sees them as the future, and it is retooling now.

Earlier this year, Ford announced it would spend $4.5 billion and electrify 13 vehicles over the next four years. It also plans to bring electric motors to its bread-and-butter, best-selling Ford F-150 truck.

For investors, the obvious opportunity is the companies that make the emerging technologies driving the sharing economy.

And then there is the electric bicycle companies …

Many of these are currently private companies, and they are building great products. However, there are public entities with the scale to consolidate the sector. They will become dominant enterprises as the number of cities and installations grow. Watch this space.

P.S. Car-makers stand to see some nice profits in the electric vehicle revolution. Same goes for the companies that make the batteries. But that’s the low-hanging fruit in this space. Utilities are up 15% this year, thanks to the EV revolution. And there are more profits where those came from, now that electricity is sexy again.

Sign Up to Get Pivotal Point Delivered Directly to Your Inbox for FREE!